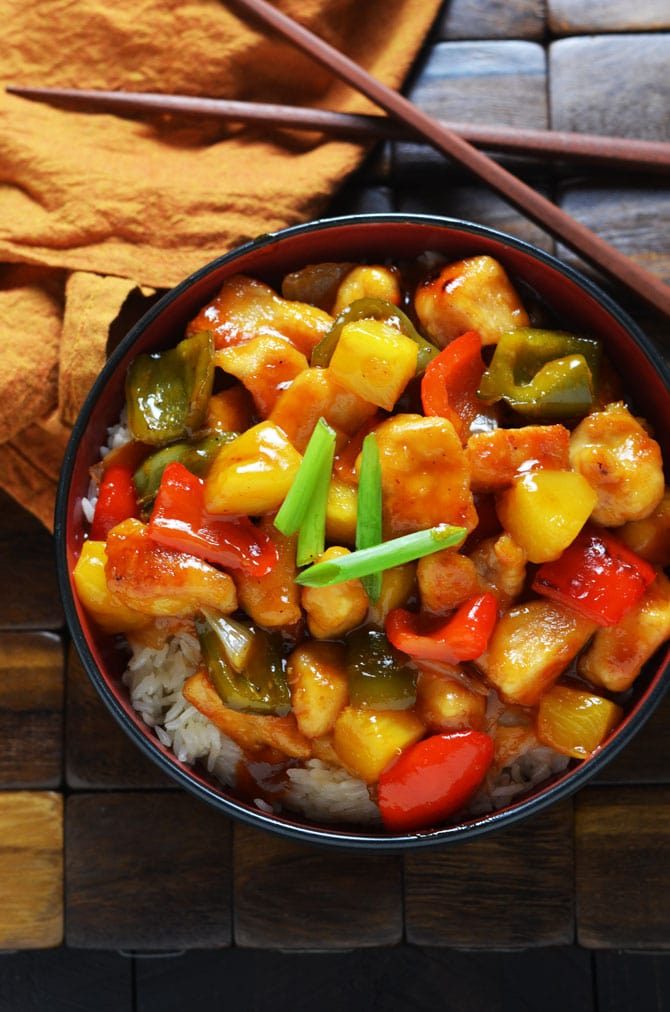 The feeling you get when you’re eating Chinese takeout is kind of strange, isn’t it? It’s part excitement and part self-hatred. Part, “I’m way too full to continue eating,” and part, “I’ll just eat that delicious egg roll they threw in and then I’m done. Oh, and a bit more rice.  And I can’t not eat a fortune cookie, come on.”

And as the old chestnut goes, after all of that– after you’ve eaten yourself into a pants-unbuttoned, groaning, miserable lump of lamenting your lack of self control– you still wind up starving and stuffing your face with the contents of your styrofoam-packaged leftovers within the hour. Is there a word for this occurance? Can we call it “The Chinese Takeout Phe-nomnomnom-enon?” 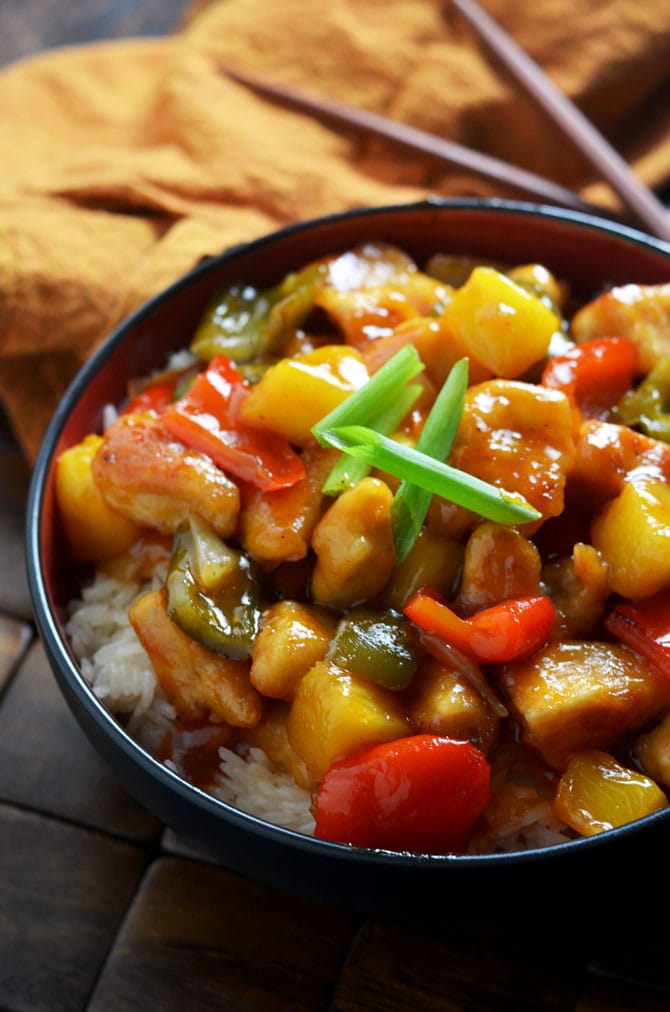 So I’ve been thinking, what if you could indulge in your favorite Chinese food without the guilt? Many takeout orders can be broken down into simple recipes that home cooks could whip up on a weeknight, without dropping a ton of money or taking in a ton of calories. That all sounds pretty good to me, so I’ve decided to do it for the rest of September! I’ll be posting easy, inexpensive, and healthier versions of Chinese takeout dishes and other fast food favorites until November rolls around.

To start it all off, I had to go with Sweet and Sour Chicken. 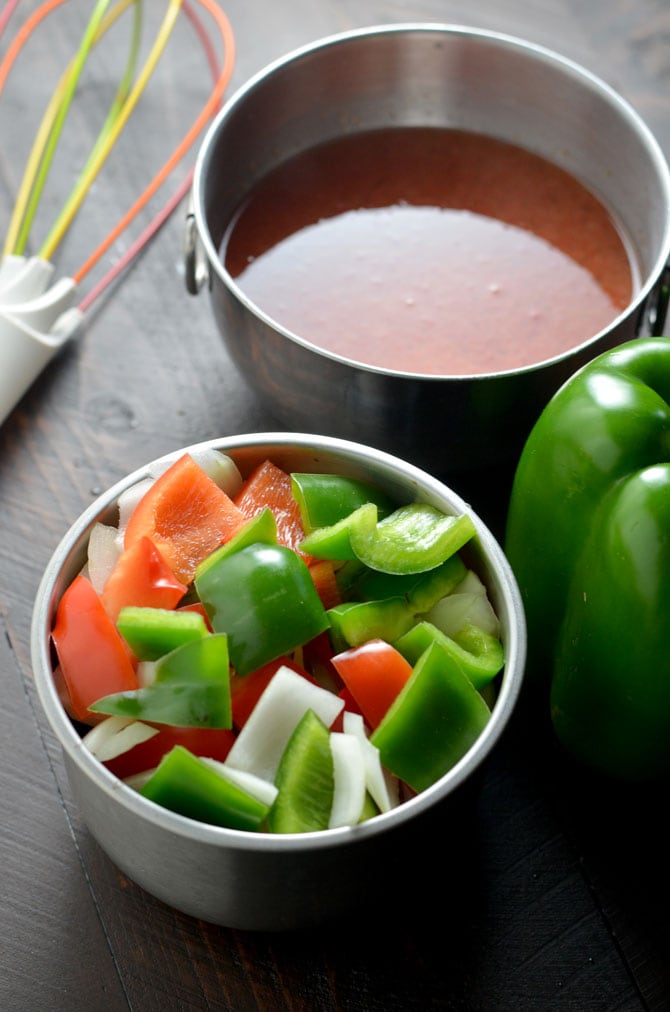 Sweet and Sour Chicken was the first Chinese takeout dish that I ever routinely ordered. The tangy, sugary sauce, the coated chicken, the peppers, onions, and pineapple, they all had me mystified. It was so different than the other takeout dishes, yet so perfect for a kid with a sweet tooth and a chicken obsession. But then I moved, and I couldn’t find a Chinese place that sold Sweet and Sour Chicken the way I liked anymore. Instead, I got fluffy fried pieces of chicken with a side of orange sauce. No vegetables. No pineapple. Just the Chinese takeout version of chicken nuggets. Bor-ing. 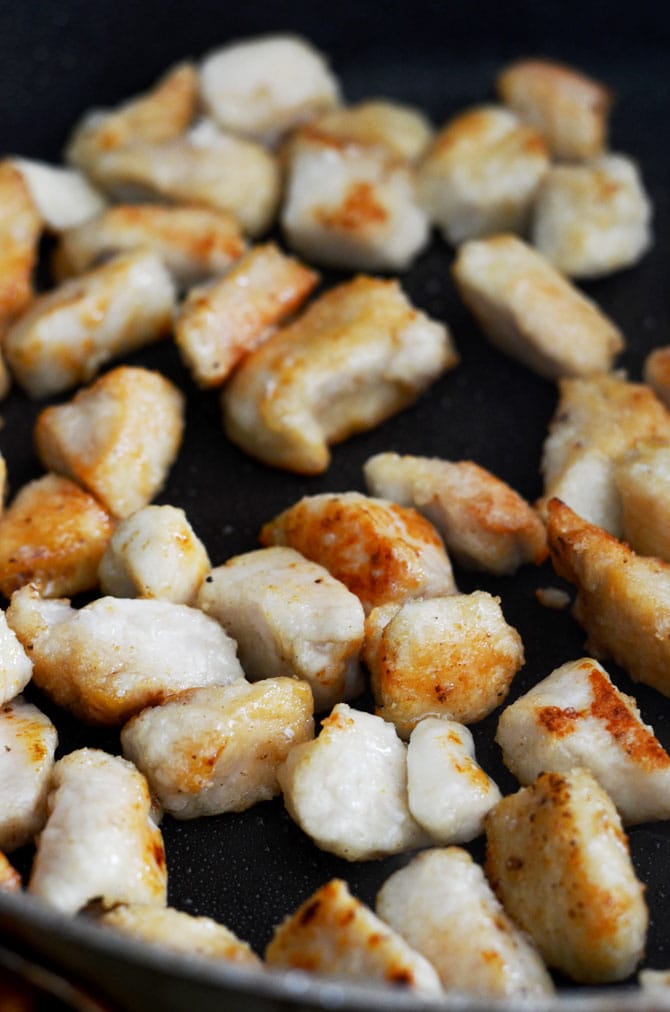 15 years later, and I’m finally getting around to making Sweet and Sour Chicken myself, the way I like, but significantly healthier. A light dusting of cornstarch, a conservative amount of oil, and a little less sugar all makes a big difference in shaving off some of the calories from what you’d normally get in your takeout bag. It’s easy to make, and honestly tastes better than the takeout version!

There are some surprising ingredients here that you wouldn’t expect to see in Chinese food. The first is pineapple, which we already talked about, but there’s also ketchup! Yes, ketchup. As someone who hates ketchup, it took a lot for me to concede that it is actually a necessary ingredient. But don’t worry, the finished product does not taste like ketchup. Don’t let it scare you away. 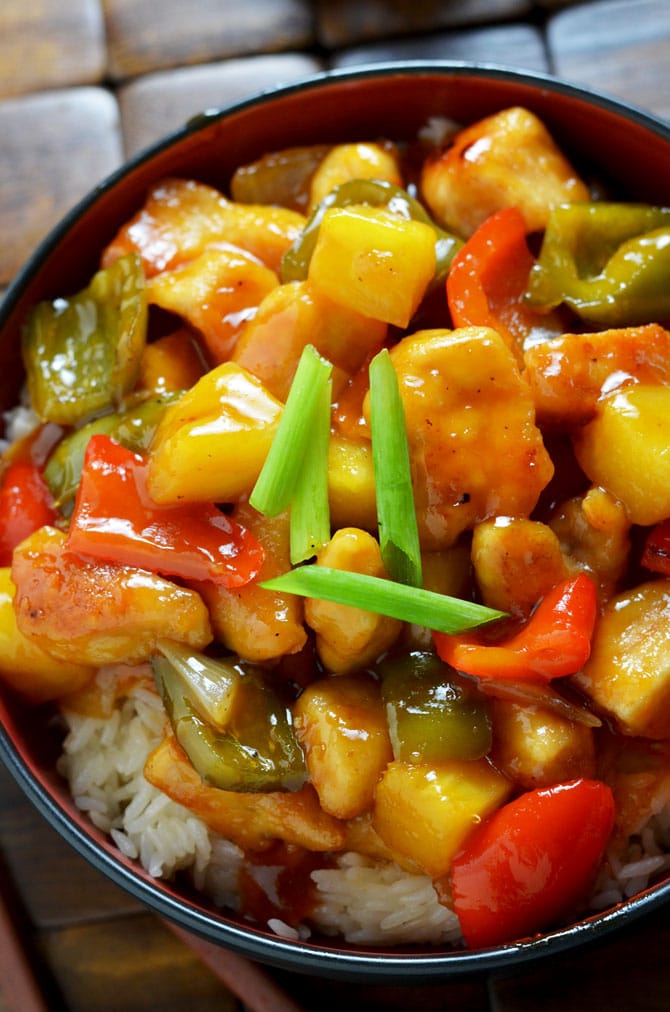 This Sweet and Sour Chicken takes 28 minutes to make, which is probably less time than it’d take for your order to be delivered! Plus, it’s only 367 calories per 10 ounce serving (without rice, according to caloriecount.com). Add in a bit of rice, and you have a great, big, filling meal for about 500 calories!

When you try this Sweet and Sour Chicken, don’t forget to take a photo and tag it with #hostthetoast on Instagram or Twitter! I can’t wait to see yours! 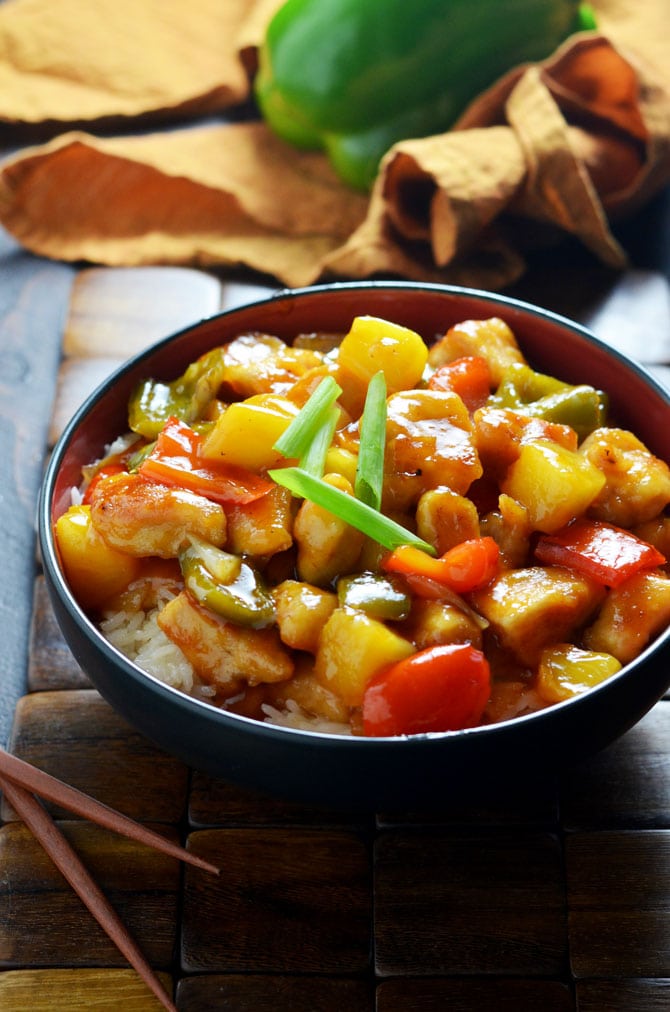