Cool cucumbers, hot chili flakes, and a generous amount of garlic are just a few of the ingredients that make this flavor-forward, Asian-style cucumber salad so  good. It’s the perfect refreshing side dish, meal prep salad, or big-hit potluck contribution. 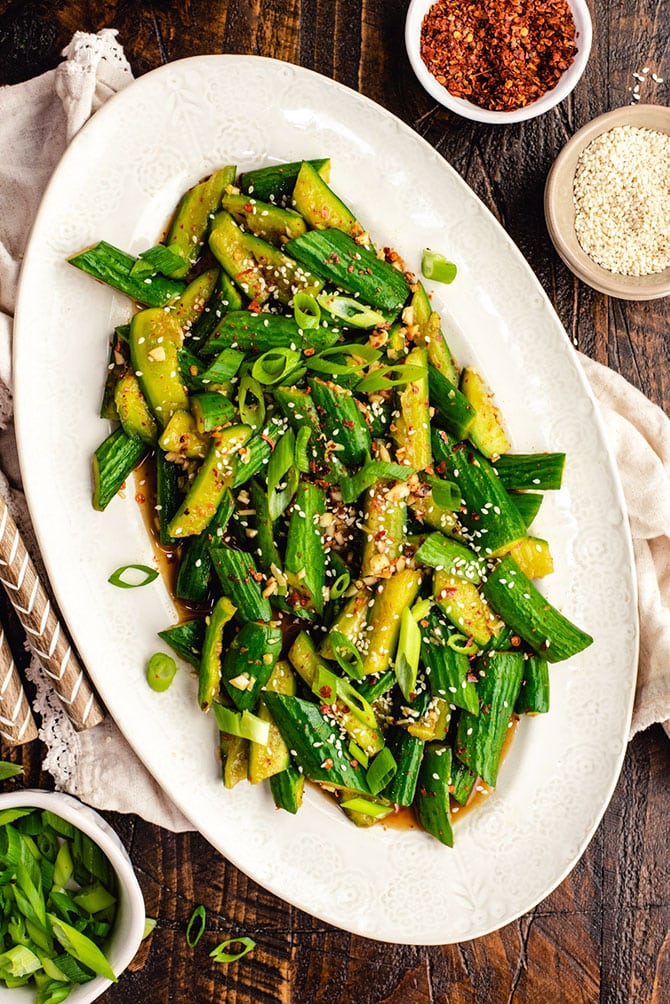 Now that I’ve harvested the last of this year’s cucumber bounty, I have to answer the question of what to do with dozens (literally dozens!) of cucumbers. So far, I’ve made pickles, tzatziki, and garden salads. I’ve used them for infused water. I’ve made cucumber gin & tonics, and cucumber moscow mules. But my favorite thing I’ve made? Without a doubt, it’s Asian Smashed Cucumber Salad.

WHAT IS ASIAN SMASHED CUCUMBER SALAD

(AND WHERE EXACTLY DOES IT COME FROM)?

Cucumber Salad is popular in much of Asia, and this version draws inspiration from Korean, Japanese, and (especially) Chinese variations. In particular, the smashing is a common technique in the Chinese varieties, which involve smacking the cucumbers with the side of a knife or a heavy bottomed pan in order to crack and split them slightly.

The benefit of smashing the cucumbers is threefold:

Typically, all of the varieties of Asian cucumber salad involve a very similar ingredient list. Generally, you’ll find the cucumbers tossed with garlic, vinegar, soy sauce, and other seasonings. In this version, I also use hot chili flakes, sugar, and toasted sesame oil in the dressing, and then finish it all off with sesame seeds and green onions for added texture and flavor.

Trust me, the end product is more than just the sum of its parts. The spice, the crunch, the savoriness… you’ve just got to experience it. 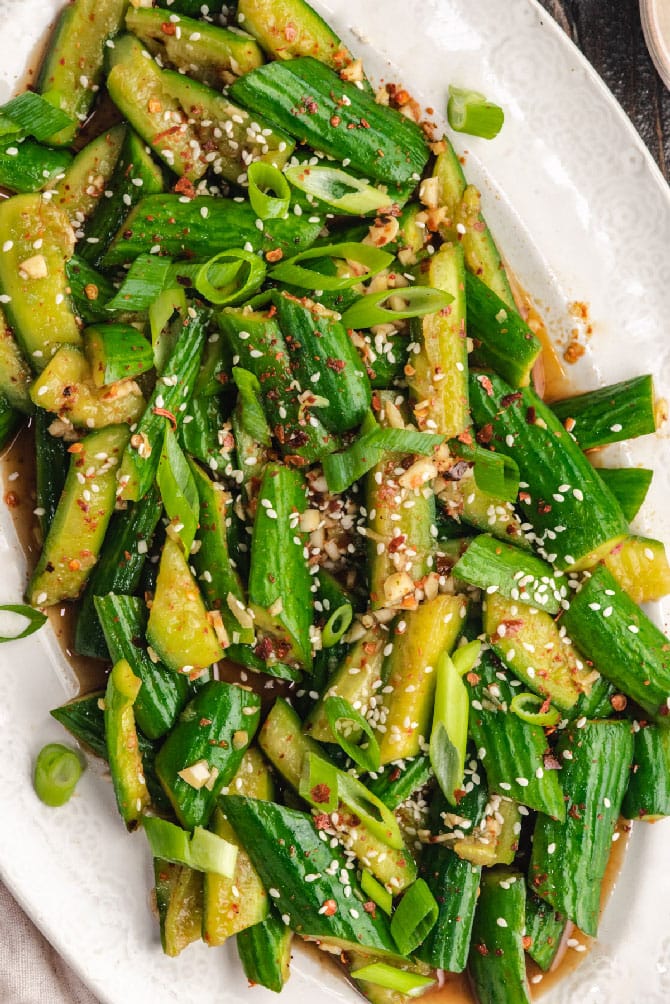 You can technically make this easy cucumber salad recipe with any type of cucumber, so use what you have on hand. However, sweeter cuke varieties with tender seeds and thin skins generally work best– this way you don’t have to peel or scoop out excess seeds when you make the salad.

HOW TO MAKE SMASHED CUCUMBER SALAD

While there’s a smidgeon of wait time for this recipe, the hands-on portion requires only a few minutes of effort, and a few steps. 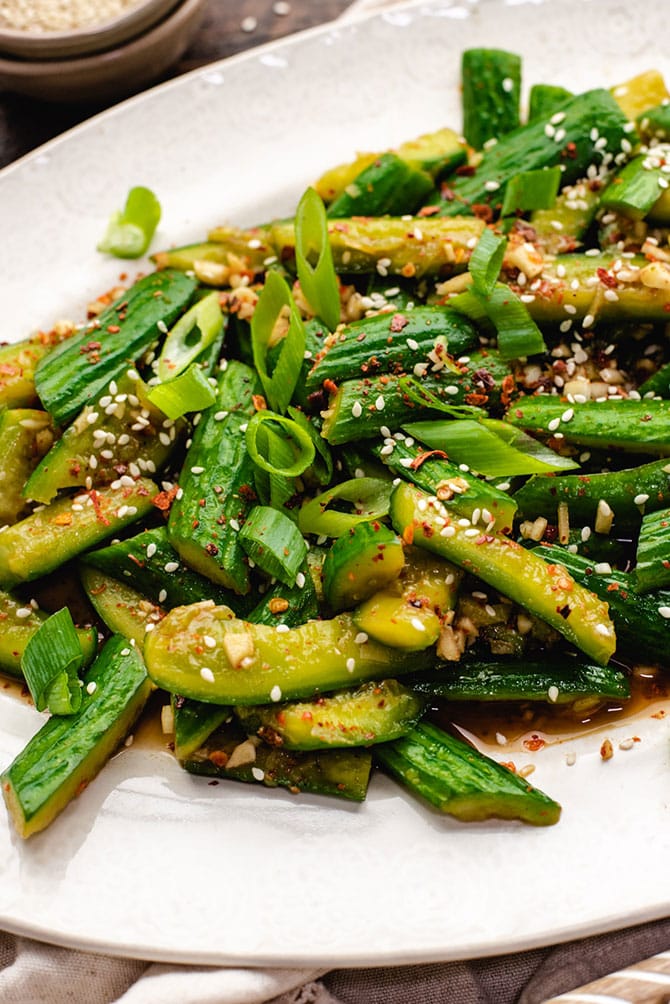 WHAT TO SERVE WITH YOUR CUCUMBER SALAD

As you might suspect, this cucumber salad pairs best with other Asian-influenced dishes. Look for overlap in flavors like soy sauce, chilis, or sesame for sure-fire hits.