I’m getting panicky because fig season is almost over and that means that I’m not going to be able to make my absolute favorite salad again for another 8 months.  Even worse, I nearly didn’t have enough time to share the recipe for Fig, Blue Cheese, and Walnut Salad with Warm Bacon Dressing with you, and now you’ve only got a limited amount of time to make this salad before figs aren’t available. 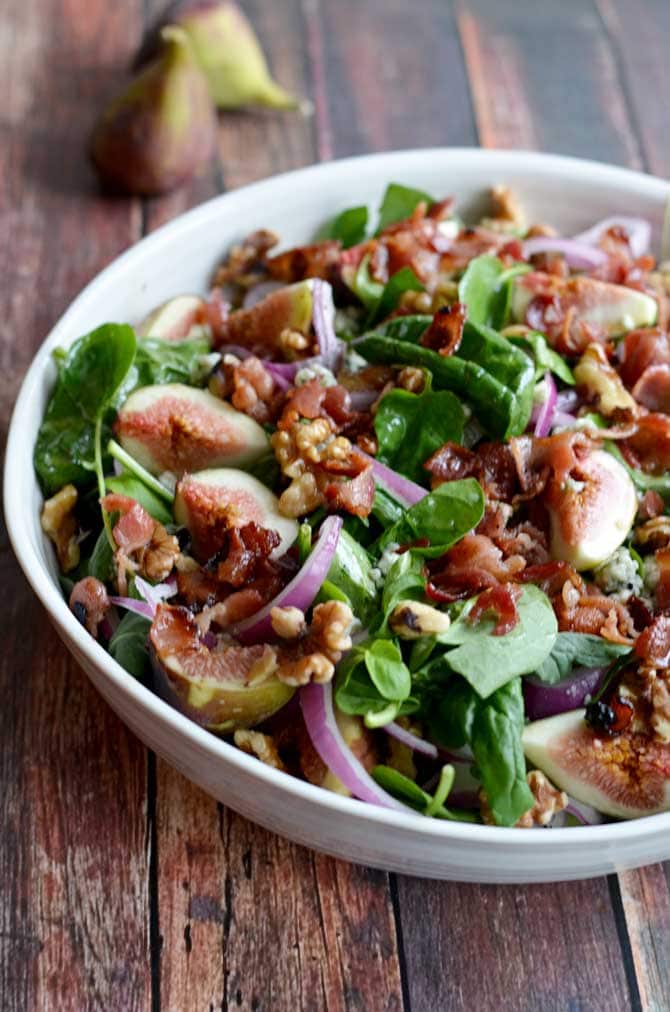 That kind of sounds like an infomercial, doesn’t it?  HURRY! FOR A LIMITED TIME ONLY, WHILE SUPPLIES LAST, yadda yadda.

Anyway, forgive me for posting this in September, throw on your shoes, grab the car keys, and go get the figs while they’re still ripe, sweet, and soft.

I fell in love with figs a few years ago, when I went to a brewery with a then-boyfriend of mine and he convinced me to try the “fig and pig flatbread” as an appetizer to go with our beer flights.  I don’t like to drink on an empty stomach (let’s be honest, I don’t like to do anything on an empty stomach) so I didn’t put up much of a fight, even though figs were always far off the list of things I wanted to put anywhere near my mouth. 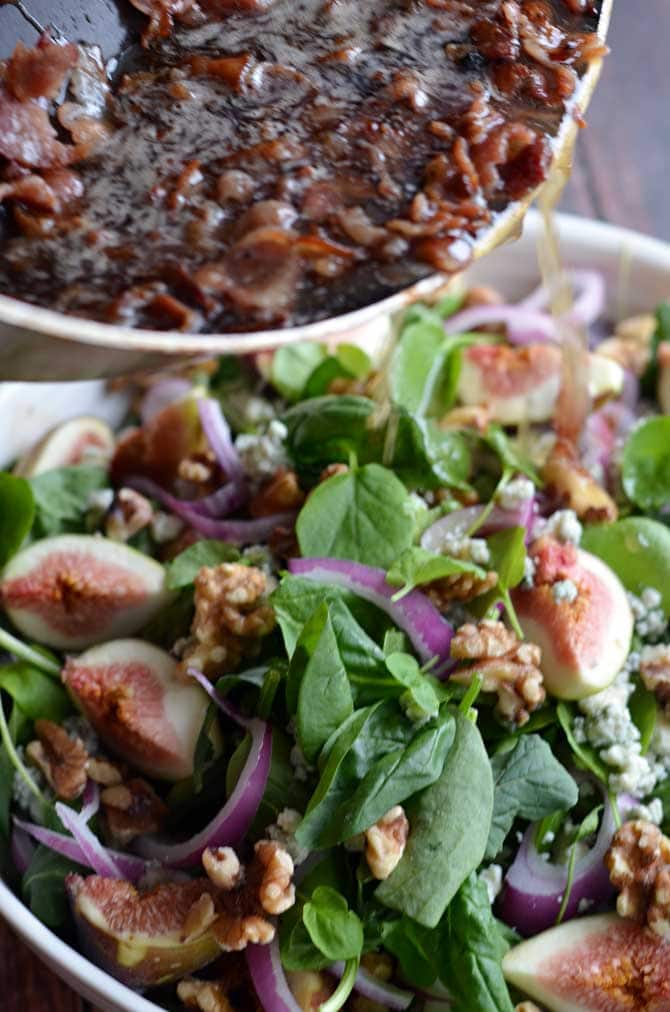 Lo and behold, the flatbread was amazing.  The way that the sweetness of the figs complimented the sharp cheese and salty pork made it one of my most beloved flavor combinations of all time!  Who’d have thought?

And that’s probably the only good thing to ever come from that relationship, haha.  It might actually have been worth it, though, for the figs. 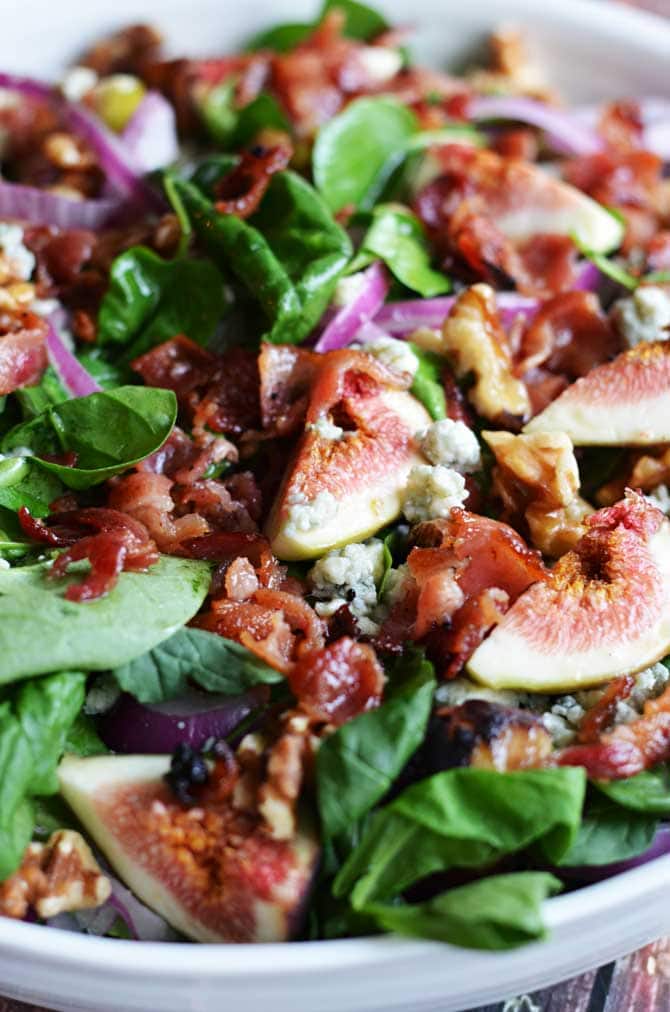 Ever since then, I’ve been making this kick-butt Fig, Blue Cheese, and Walnut Salad, dousing it in Warm Bacon Vinaigrette, and trying to remind myself that normal people eat salads with forks and don’t just bury their faces right in the bowl.  It’s so tempting.

This recipe would also be great with pears instead of figs (they’re also in season longer, yay!), or goat cheese instead of blue.  Feel free to make it your own!

For the Warm Bacon Vinaigrette: