They may be small, but these French Onion Beef Sliders will be a huge hit with the crowd at your next party. Seasoned and buttery buns are packed with caramelized onions, melted cheese, and flavorful ground beef to create the sort of appetizer that flies off of the plate. 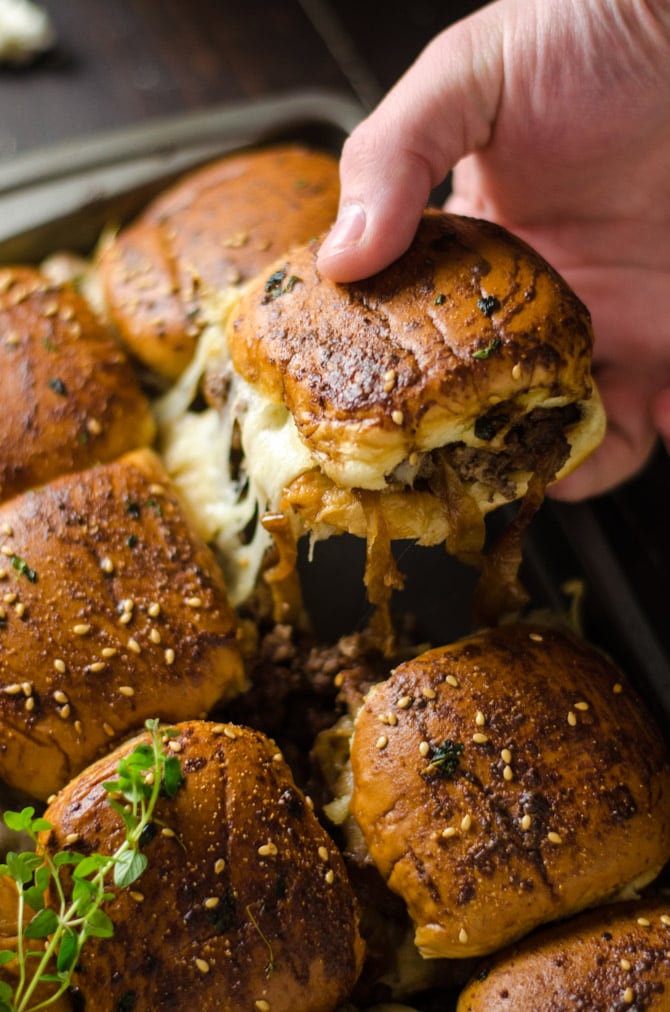 Daaaamn, Morgan! Back at it again with the french onion soup spin-offs!

… Is what I imagine you’re yelling at your screen right now. Because if there’s one thing that I most certainly am, it’s hip to the viral videos of 10 months ago. And if there’s another, it’s consistent. As in I’m consistently trying to figure out to infuse crazy beefy flavor, sweet caramelized onions, and gooey gruyere into as many dishes as one human can handle before literally morphing into a gigantic beef stock soaked crouton. 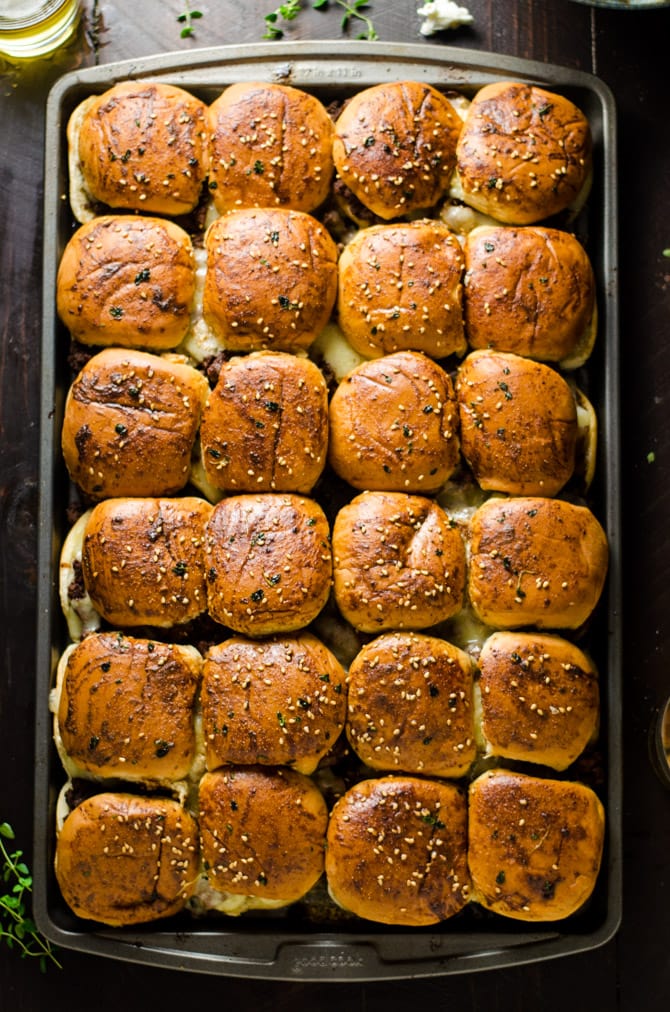 HOW TO MAKE THE SLIDERS

Like all true sliders, these French Onion Beef Sliders are cooked with onions. However, this time, they’ve been lightly caramelized first, then mixed in with the seasoned ground beef as it cooks.

I’m also stretching the definition of sliders here a teeeeeny bit, because I don’t press the beef into actual patties. In order to make these as simple as possible to cook for a crowd, I break apart the beef as it browns and then distribute the crumbles and onions evenly over a baking sheet full of mini bun bottoms. Once the gruyere I place on top melts, no one’s the wiser! 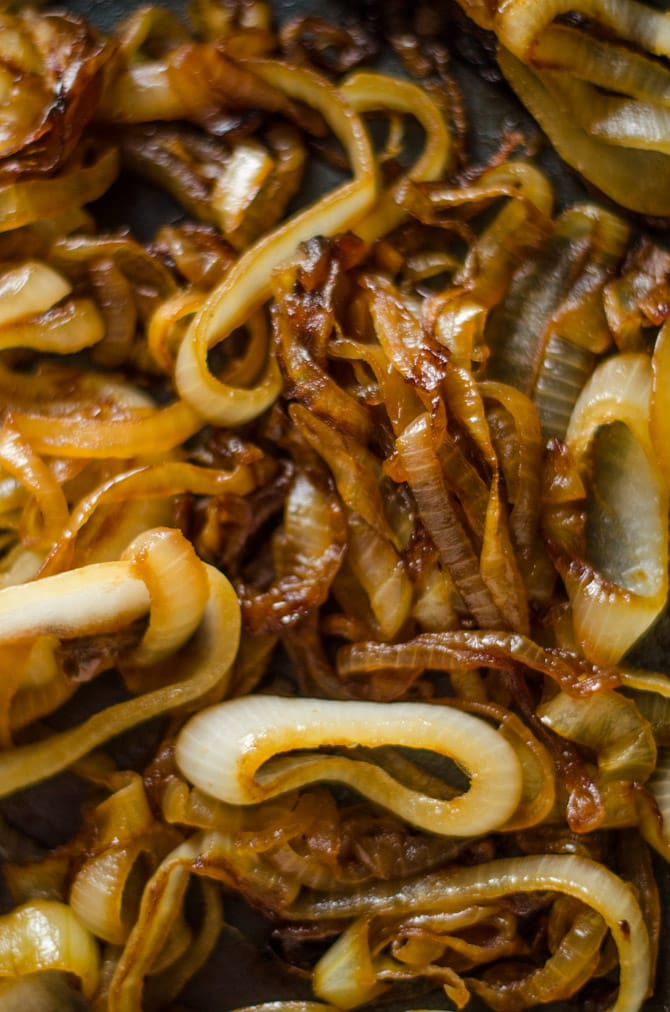 Speaking of which, I really LOAD on the gruyere. Not only does it help to hold the beef together in a faux-patty, but it really solidifies that french onion flavor. Plus, it looks super decadent when your guests pull them apart. 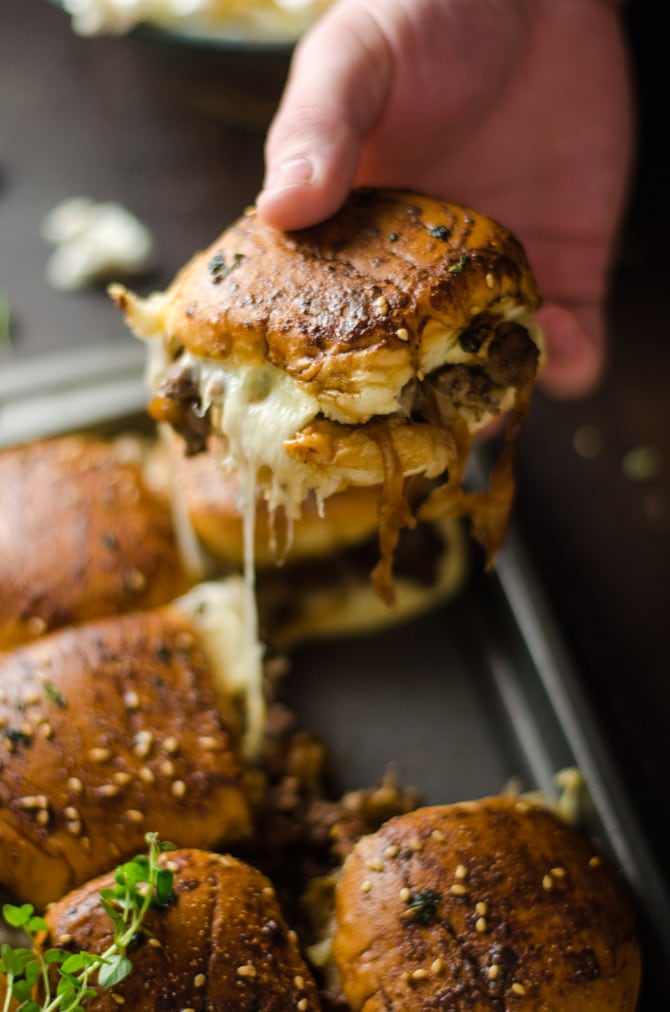 Or perhaps that’s Exhibit B, since the first photo is also a pull-apart picture. But every time you see a picture of that gooey cheese, it feels like the first time, doesn’t it?

You’d think that once I got the buns, beef, caramelized onions, and gruyere piled up, I’d be done, right? But there’s another quick addition before popping these babies into the oven that makes all the difference in the world: the beefy butter.

I stir beef base (such as Better than Bouillon) into melted butter, along with a bit of Worcestershire sauce, and then I brush it all over the tops of the burgers. Right after brushing the butter on, I sprinkle the sliders with garlic powder, onion powder, fresh thyme, and sesame seeds. This small step really kicks things up a notch. 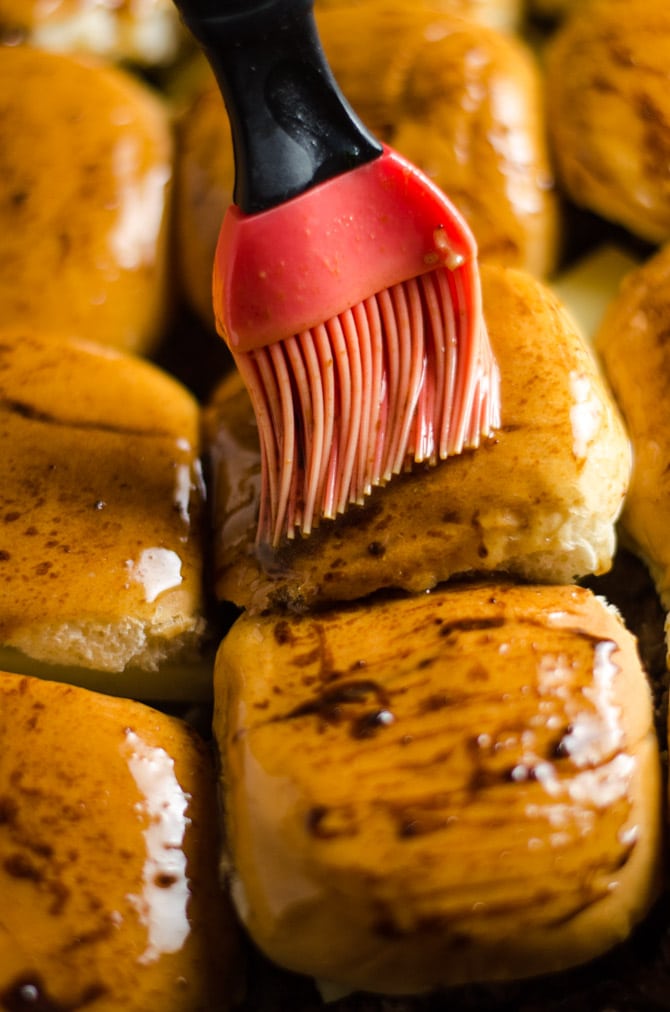 As written, these sliders are one of my favorite appetizer recipes. But that doesn’t mean you can’t switch things up a bit if you want. Here are some tips for troubleshooting and substituting so you can create the perfect sliders for your party.

In the end, I have to tell you that these were one of the best-received appetizers I’ve ever made. Honestly!

I brought them to my friend Jackie’s house for New Year’s Eve, where they were obliterated within the first hour. Mind you, Jackie is the type of person who prepares thirty-five times too much food for the crowd she expects, and then worries that she still doesn’t have enough, so she goes out and buys more. The food at this little get-together could have fed the people from every party in that whole town and she still probably would have had some leftovers. So obviously I was feeling pretty good as people were passing over the other (very delicious) appetizer options to grab their second slider. And even more so when they were running to tell other guests to try one before they were all gone. 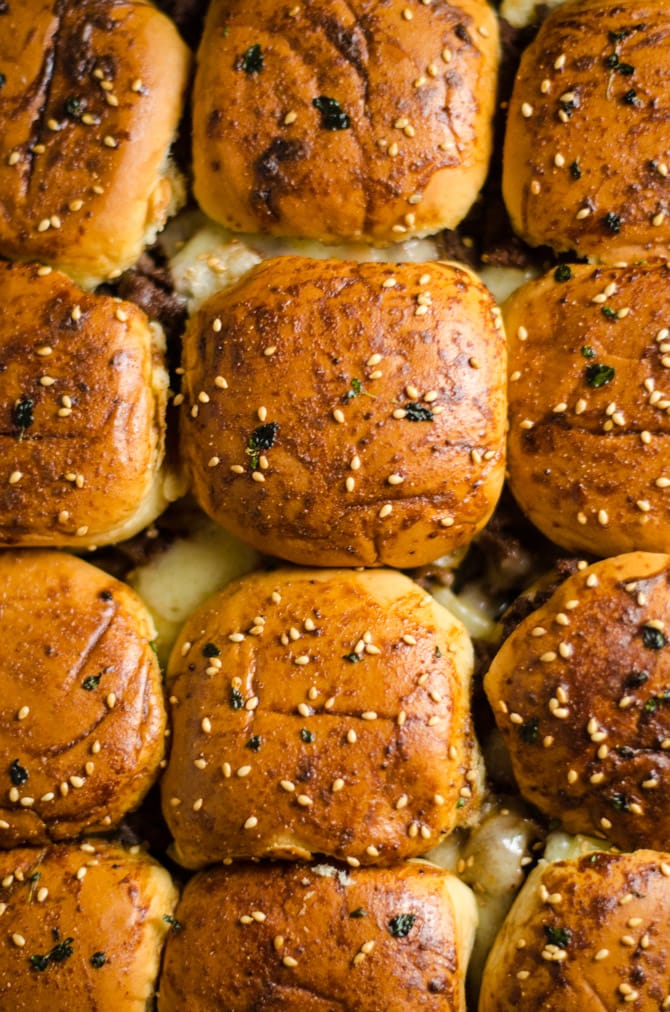 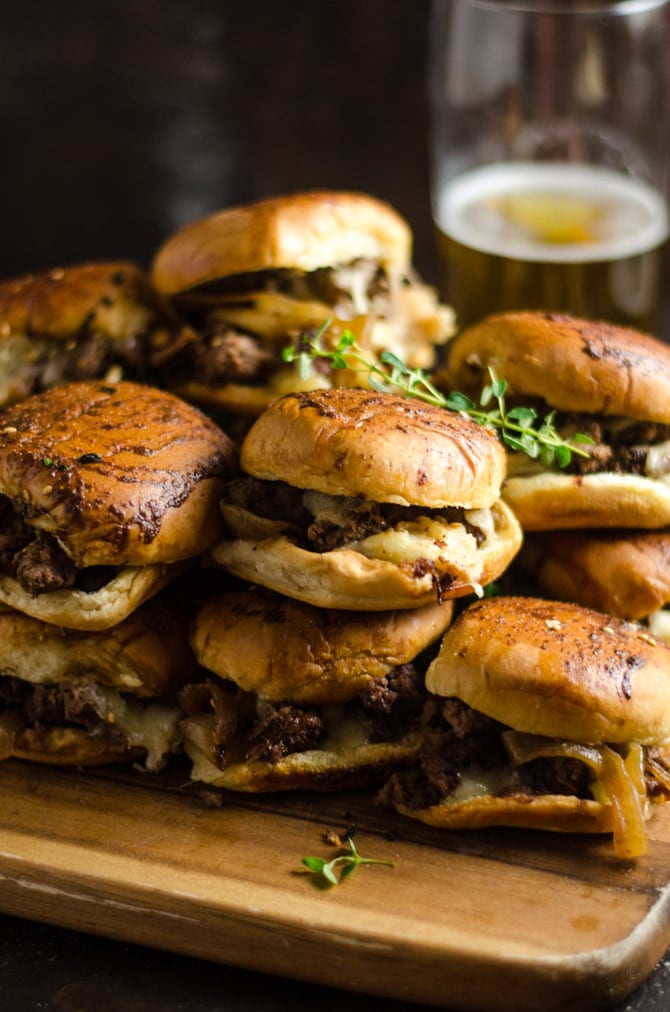